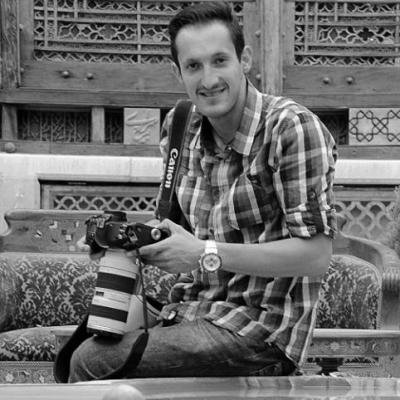 Arya Jafari was arrested by the authorities the day after he photographed the acid attack protests in Isfahan, October 23rd 2014; his whereabouts and the charges against him are unknown.

Arya Jafari is a photojournalist who works with the Iranian Students’ New Agency (ISNA) in Isfahan. He was arrested at his home on Sunday September 25, 2022, by security forces after the outbreak of protests over the death of the 22-year-old Mahsa Amini while in the custody of the Morality Police.

Arya Jafari is a veteran photojournalist and sports reporter. He is a member of the Iranian Photojournalist Association which has announced that people close to Jafari have had no news of him and the reason for his arrest is unknown.

On October 23, 2014, Arya Jafari was arrested by the authorities the day after he photographed the acid attack protests in Isfahan. He was working as a photographer for the ISNA when the Revolutionary Guards arrested him at his home in Isfahan. The agents searched his house, confiscated his camera and personal belongings and took him to an unknown location.

On October 22nd, a rally in protest over acid attacks on women was held in front of Isfahan’s Department of Justice. Photos of the protest that were taken by Jafari were widely published on social media and by foreign press. Sources told IranWire that one of the reasons he was arrested was because he sold the images to Agence France Presse (AFP). After Jafari’s arrest, the hardliner media attacked ISNA for publishing photos of the protest and news about the acid attacks, which are widely viewed by people both inside and outside Iran to have been committed by people who believe women are not wearing appropriate Islamic dress and so they must be punished. Hardliners demanded that legal action be taken against media outlets that libel the Islamic Republic regime and those faithful to its values and blamed various sources for the attack, including extremist Sunni groups, the BBC and Western intelligence agencies.

After nine days in detention, Arya Jafari was released on bail on November 1, 2014.