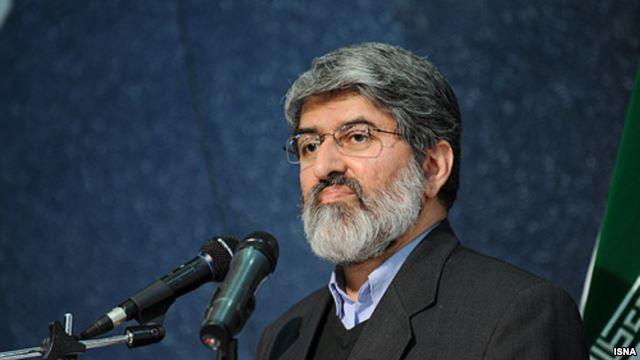 Following the arrests of Ali Ahmadnia, the administrator of the Telegram channel Eslahat (“Reform”) News, and other reformist journalists in recent days, Iranian parliament’s Deputy Speaker Ali Motahari lashed out at the head of Iran’s Intelligence Ministry, demanding that he be called in for questioning.

In an interview with Iranian Students’ News Agency (ISNA), Motahari warned that if the ministry could not thoroughly explain the motives behind the recent arrests, he would summon the intelligence minister for questioning, or even ask parliament to begin the process of impeaching him.

Motahari said he had learned that a military intelligence agency had arrested [Persian link] approximately 12 administrators for reformist or pro-Rouhani Telegram channels. It is not yet clear which agency is responsible for the arrests.

He also pointed out that the arrests had taken place near the end of the of the Iranian calendar year when parliament is not in session, making it difficult to access information. The timing of the arrests was also suspect, he said, because of the approaching presidential election, scheduled for May 19, making it even more urgent for an explanation to be provided.

Motahari, who has frequently spoken out on controversial matters in parliament, also raised questions over the recent re-arrest of Ehsan Mazandarani, the former managing editor of the newspaper Farhikhtegan. Mazandarani was arrested on March 12 after being released just a few weeks before. Revolutionary Guards’ Intelligence Unit agents went to his home, called him to the building’s parking lot, physically assaulted him, and then took him away. “He could have been summoned in a respectful manner,” said Motahari, “and according to his lawyer he had served his sentence.”

In a separate case, in February, the Revolutionary Court in the Kurdish city of Saghez sentenced four people to prison for “propaganda in support of Kurdish opposition parties” after they set up a group and channel on the Telegram messaging service.