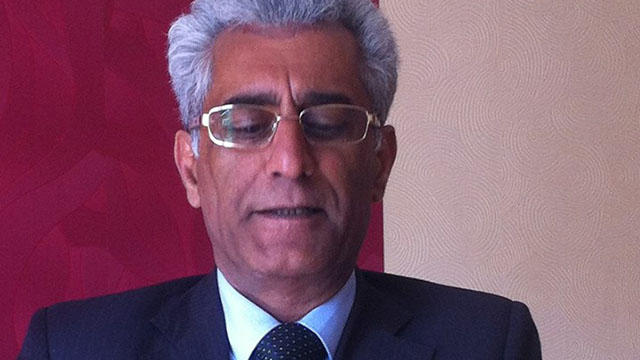 Sabri Hassanpour, an Iranian-Dutch dual citizen who was arrested by the Revolutionary Guards’ Intelligence Unit in April 2016, remains in Tehran’s Evin Prison, despite the fact that a court verdict against him has not been issued. According to a report by the International Campaign for Human Rights in Iran [Persian link], Hassanpour is suffering from asthma and heart disease and the doctors have recommended open-heart surgery.

Prior to his arrest, Hassanpour, who is 65, lived in the Netherlands. He is the executive director and host of the Persian-language online network “Simay-e Rahayi” (Vision of Liberation). He is also reportedly a member of the National Iranian Congress to Save Iran, which purportedly aims to establish a shadow government and parliament in exile for Iranians. In its manifesto, the group claims to be against any form of foreign or military intervention in Iran.

Hassanpour was visiting his family in Iran when he was arrested and taken to Evin Prison’s Ward 2A, which is under the control of the Revolutionary Guards.

He was tried on November 12, 2016 on charges of "propaganda against the regime" and "activities against national security" at Branch 15 of Tehran’s Revolutionary Court presided over by Judge Abolghasem Salavati. Salavati insulted him during the trial, and asked: “Why have you signed a letter of support for prisoners on hunger strike? I’ll issue a heavy verdict.” In the end, no verdict was issued. He is still detained at Evin’s Ward 4, which usually houses those convicted of financial crimes.

In his tweets, Hassnanpour identifies himself as “movie director, cinematographer and actor”. His wife and child live in the Netherlands and have no access to the Iranian Judiciary. It is not known whether the Dutch government or the Dutch embassy in Tehran have taken any steps to pursue his case.